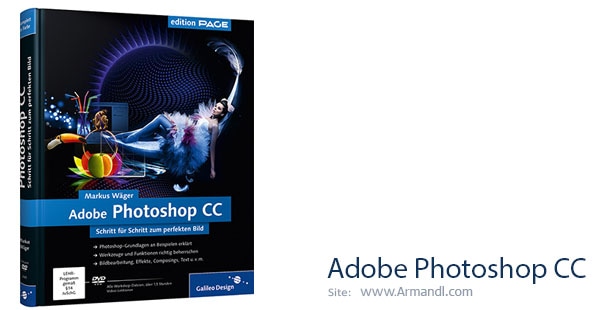 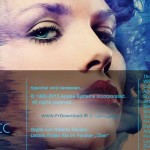 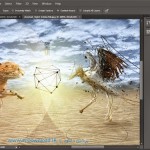 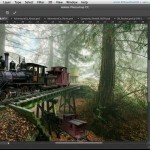 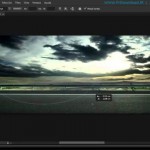 Adobe Photoshop is a raster graphics editor developed and published by Adobe Systems for Windows and Mac OS. Photoshop was created in 1988 by Thomas and John Knoll. Since then, it has become the de facto industry standard in raster graphics editing, such that the word “photoshop” has become a verb as in “to photoshop an image,” “photoshopping,” and “photoshop contest,” etc. It can edit and compose raster images in multiple layers and supports masks, alpha compositing and several color models including RGB, CMYK, Lab color space, spot color and duotone. Photoshop has vast support for graphic file formats but also uses its own PSD and PSB file formats which support all the aforementioned features. In addition to raster graphics, it has limited abilities to edit or render text, vector graphics (especially through clipping path), 3D graphics and video. Photoshop’s featureset can be expanded by Photoshop plug-ins, programs developed and distributed independently of Photoshop that can run inside it and offer new or enhanced features. Photoshop’s naming scheme was initially based on version numbers. However, in October 2002, following the introduction of Creative Suite branding, each new version of Photoshop was designated with “CS” plus a number; e.g., the eighth major version of Photoshop was Photoshop CS and the ninth major version was Photoshop CS2. Photoshop CS3 through CS6 were also distributed in two different editions: Standard and Extended. In June 2013, with the introduction of Creative Cloud branding, Photoshop’s licensing scheme was changed to that of software as a service and the “CS” suffixes were replaced with “CC”. Historically, Photoshop was bundled with additional software such as Adobe ImageReady, Adobe Fireworks, Adobe Bridge, Adobe Device Central and Adobe Camera RAW. Description of the free encyclopedia Wikipedia is selected. For further information on This Link can visit.