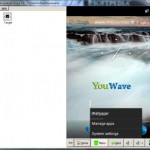 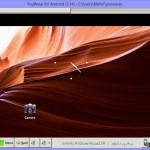 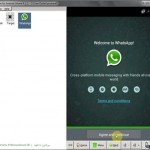 Features YouWave for Android Home:
– The ability to run Android applications and games for Windows and supports Android 2.3 Gingerbread
– High speed simulation run Android and SD card performance
– Supports Android 4.0.4 and Control keys in the program easier to use
– Having simulator and quick restart by storing the phone’s SD card
– Having independent control buttons and the possibility of multiplayer online games
– The possibility of multiplayer games online and install, insert and run fast games and programs for Android
– Compatible with all versions of Windows XP, Vista, 7, 8 and has volume control buttons
– The easiest and fastest way to run Android on your PC without having to phone