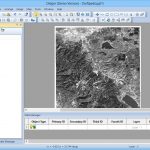 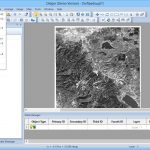 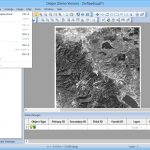 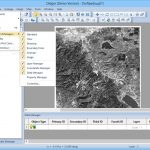 Didger solves the problem of combining data files in different file formats and in different coordinate systems, by providing extensive tools to transform your GIS data into one cohesive coordinate system. You can use Didger to precisely convert paper maps, graphs, aerial photographs, well logs, or any other plotted information into a versatile digital format that you can use with other software. Didger can create new maps from the ground up or edit any existing map, drawing, image, or data set imported into it. Uses for Didger: Start processing your data quickly and accurately with Didger. Some applications for Didger include: – digitizing points, polylines, and polygons, such as oil and gas wells, wireline logs, graphs, contour lines, aerial photographs, satellite images – georeferencing and/or mosaicking aerial photos or scanned images – overlaying vector, data, and image files to create a complete map – calculating areas of polygons, such as watershed or lake areas – calculating lengths of polylines, such as shorelines, roads, streams, or migratory routes – and much more!