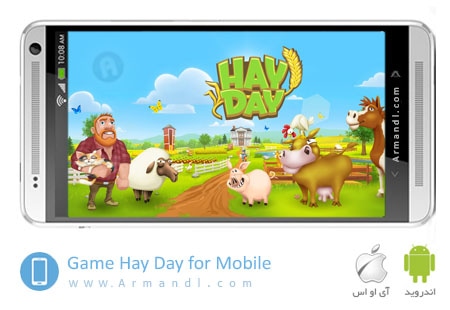 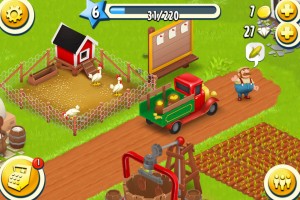 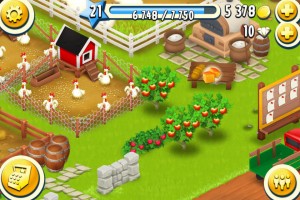 You don’t have to be from a farm to be a great farmer. Hay Day lets you get back to nature and experience the simple life of working the land. It’s a special game set in a real special place. Food grows free, people smile and the animals are always happy to see you. It never rains here, but the crops never die. And if you’re craving a little bacon, one of the pigs will be happy to fry some up for you. After all, what are pigs… oops, we mean neighbors for?Hay Day has been constantly evolving to offer more user-friendly, consistent and fun online experiences for Supercell gamers. There have been countless updates since the game launched in 2012. Released for iOS on June 21st 2012, Hay Day is the mobile farm where nothing bad ever happens. Happy with the game, but not with stagnation, the creative team behind Hay Day decided to take the humble farm a step further, one that took no small amount of experimentation. “We must have had at least ten fully-developed concepts that didn’t make it,” game lead Stephan says. “Not to mention the literally hundreds of other ideas that ended up getting scrapped.” Building a Town worthy of Hay Day’sfarm proved illusive. “We had a map, and the entire area was going to be a ghost town that players would have to rebuild. But it felt gloomy, which isn’t‘Hay Day’ at all,” said game artist Arto. The ghost town was killed. Only the rundown town hall and train station live on with the current iteration of the feature. Hay Day has been live and in continuous development for close to three years, having been updated and evolving since its creation. The core of Hay Day is still intact, but many big, new features have been added to keep the game fresh and exciting. The latest was a completely new area: a sprawling lovely Town. But when there are developmental doubts – and there always are, the whole team gathers to discuss them. “We’re constantly asking ourselves if what we’re doing makes sense to the game,” game lead Stephan says. This desire for clarity has proven integral. “Hay Day’s largest game update to date has been released and is now available to download. Appropriately titled “The Town”, the update offers all sorts of new features, but the biggest of them all is a completely new area where you can build and decorate your own Town. To travel to your new mountain town, you must first repair the new train platform on your farm which unlocks at level 34. You then can begin to grown your town by repairing the Station and the Town Hall.”“Hay Day allows gamers of all ages to participate in an environment where buying and selling goods leads to achievement. It promotes community building through the inclusion of roadside markets through which gamers aid each other’s pursuits. It also permits young gamers to learn about the workings of an agricultural economy without pushing their maturity to the limits.”“The real draw of gardening is the satisfaction of a job well done, and that’s something that Hay Day just about manages to capture. Watching your crops grow and your twee factories spew out products is a quietly pleasing experience.” (Source: supercell)