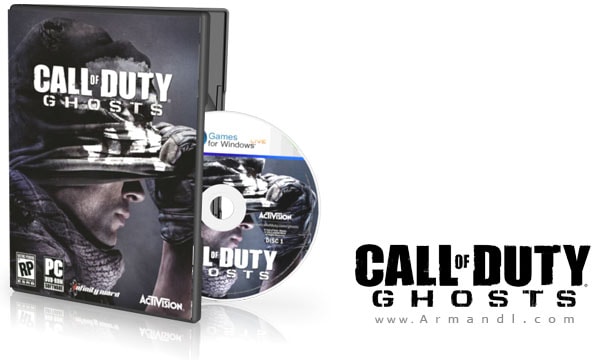 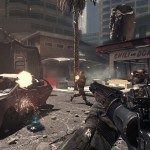 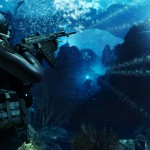 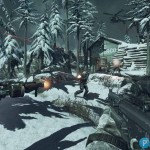 Call of Duty: Ghosts is a 2013 first-person shooter video game developed by Infinity Ward, with assistance from Raven Software, Neversoft and Certain Affinity. Published by Activision, it is the tenth primary installment in the Call of Duty series and the sixth developed by Infinity Ward. The video game was released for Microsoft Windows, PlayStation 3, Xbox 360, and Wii U on November 5, 2013, with Treyarch handling the port for the Wii U. The game was released with the launch of next-generation consoles PlayStation 4 and Xbox One. Ghosts received mixed reviews from critics, with most praising its multiplayer gameplay and introduction of the new game mode Extinction, but criticizing it for its single-player campaign, rehashing of familiar concepts, general lack of innovation, and storyline ending. Call of Duty: Ghosts is set in an alternate timeline that follows the nuclear destruction of the Middle East. The oil-producing nations of South America form “the Federation” in response to the ensuing global economic crisis and quickly grow into a global superpower, swiftly invading and conquering Central America, the Caribbean, and Mexico. The game’s main protagonists are the Ghosts, a force of U.S. Special Operations personnel trained to conduct clandestine missions behind enemy lines. The unit is led by retired U.S. Army Captain Elias Walker (Stephen Lang). He is joined by his sons Logan and David “Hesh” Walker (Brandon Routh), along with a trained German Shepherd named Riley, Captain Thomas A. Merrick (Jeffrey Pierce), and Sergeant Keegan P. Russ (Brian Bloom). The game’s main antagonist is Gabriel Rorke (Kevin Gage), the former leader of the Ghosts who works for the Federation after being captured and brainwashed by the Federation with torture and hallucinogens. Wikipedia EN